Their groundbreaking model of a 100 percent solar-powered town in South Florida called Babcock Ranch, is touted to be the largest self-sustaining community in the country.

Real estate developers, Kitson & Partners, have set a new standard for sustainable living. Their groundbreaking model of a 100 percent solar-powered town in South Florida called Babcock Ranch, is touted to be the largest self-sustaining community in the country. The town, which can accommodate over 50,000 people, boasts of having a school, gym, health center, restaurants, stores, and workspaces amongst other amenities. In this article, Ziplen explores the various aspects of the ecocentric town, which is a result of over a decade of meticulous planning.

In 2006, Kitson & Partners purchased the 91,000 acre-ranch from the Babcock family. In what was one of the largest land preservation deals in the history of Florida, 73,000 acres of the property was sold to the state for permanent preservation. For the remaining 18,000 acres, Syd Kitson, the CEO of Kitson &Partners, had envisioned a revolutionary concept of a self-sustained township, to prove that smart growth and preservation can go hand in hand.

Sustainability forms the cornerstone of all developmental activities in Babcock Ranch. All of its energy needs are met through clean and eco-friendly energy generation methods. The Babcock Ranch FPL Solar Energy Center, a utility-scale solar power plant owned and operated by Florida Power and Light (FPL), provides electricity to the entire town and its surrounding areas. With 343,000 solar panels, it has a capacity of 74.5 megawatts, making it the only town in the world whose solar energy production exceeds its total energy footprint. Taking Babcock’s clean energy efforts a step further, FPL set up a 10-megawatt/40-megawatt-hour battery energy storage system, the largest of its kind operating in the U.S. It is capable of storing solar energy during the day and dispatching it at a later time when there is less availability of sunlight, providing uninterrupted power through the day. Moreover, homeowners have the option of installing solar units on their rooftops, which will further aid in bringing down their monthly utility bills.

One can also find installations of solar trees with charging ports for mobile phones and other small electronic devices at different points on the campus, one that complements the landscape whilst improving awareness about solar power technology. The developers have also tried to incorporate various innovative strategies to encourage people to take up a healthy and eco-friendly lifestyle. One such initiative features a set-up that allows people to generate electricity in accordance with the calories they burn while exercising on a treadmill. In partnership with Lee Health, Babcock has also opened a health and wellness facility, Health Life Centre, which offers a variety of health services and programs to the residents of Babcock Ranch and surrounding communities.

Nicknamed the Sunshine State, most parts of Florida receive between 2800 and 3400 hours of sunshine annually, making solar energy harvesting feasible in the state. However, it also has the highest incidence of hurricanes in the country, making storm safety an important aspect of town planning. Located above the storm surge area, the construction and orientation of all the buildings are designed to withstand extreme weather conditions. Apart from having storm shutters and impact glass, all homes and business constructions are required to comply with increased wind speed standards that are 20mph over the current Florida Building Code.

Water conservation and efficiency are central to the ecocentric principles of the town. Babcock has its own water and sewage treatment plants. The reclaimed or ‘grey water’ generated in the community is used to irrigate the common spaces in Babcock. In addition to this, the landscaping guidelines for the township limit turf coverage to 30 percent of residential lots and requires residents to plant native, low impact trees and shrubs for 75 percent of their landscaping.

Extending the principle of sustainability to all quarters of community living, eco-friendly transportation alternatives like driverless electric buses and car/bike-sharing programs are available to the residents in addition to the extensive network of walking and biking trails that traverse the property. By working in tangent with the natural topography of the land, the developers have taken an accommodative and responsible approach to landscaping and layout. With 50 percent of the town’s footprint dedicated to greenways, parks, and lakes, Babcock Ranch provides its residents an unparalleled opportunity to connect with nature, while having the best amenities at their disposal.

While the world’s fossil fuel reserves are being progressively depleted to near exhaustion, there has been a surge in demand for alternative renewable sources of energy in recent years. In this context, Babcock Ranch serves as a valuable blueprint for the world on how to achieve responsible development with minimal damage to the environment.

INTERESTED?  FILL OUT THE FORM BELOW FOR PRICING, FLOOR PLANS AND MORE!

A Look at Trails Edge by Lennar

Hi! I`m an authtor of this blog. Read our post - be in trend!

Categories
Related Posts
No posts were found for display
Gallery 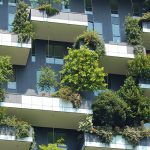 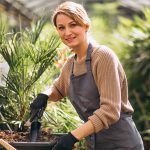 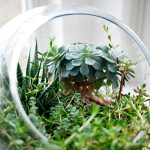 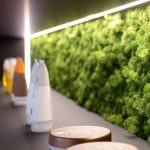